An explosion that set off a fire at a shopping center in Yerevan, the Armenian capital, on Monday left six people dead and more than 60 others injured, officials said. Besides the dead and injured, the Armenian ministry of emergency situations said that around 19 people are still missing following the blast at the Surmalu wholesale market on Sunday. 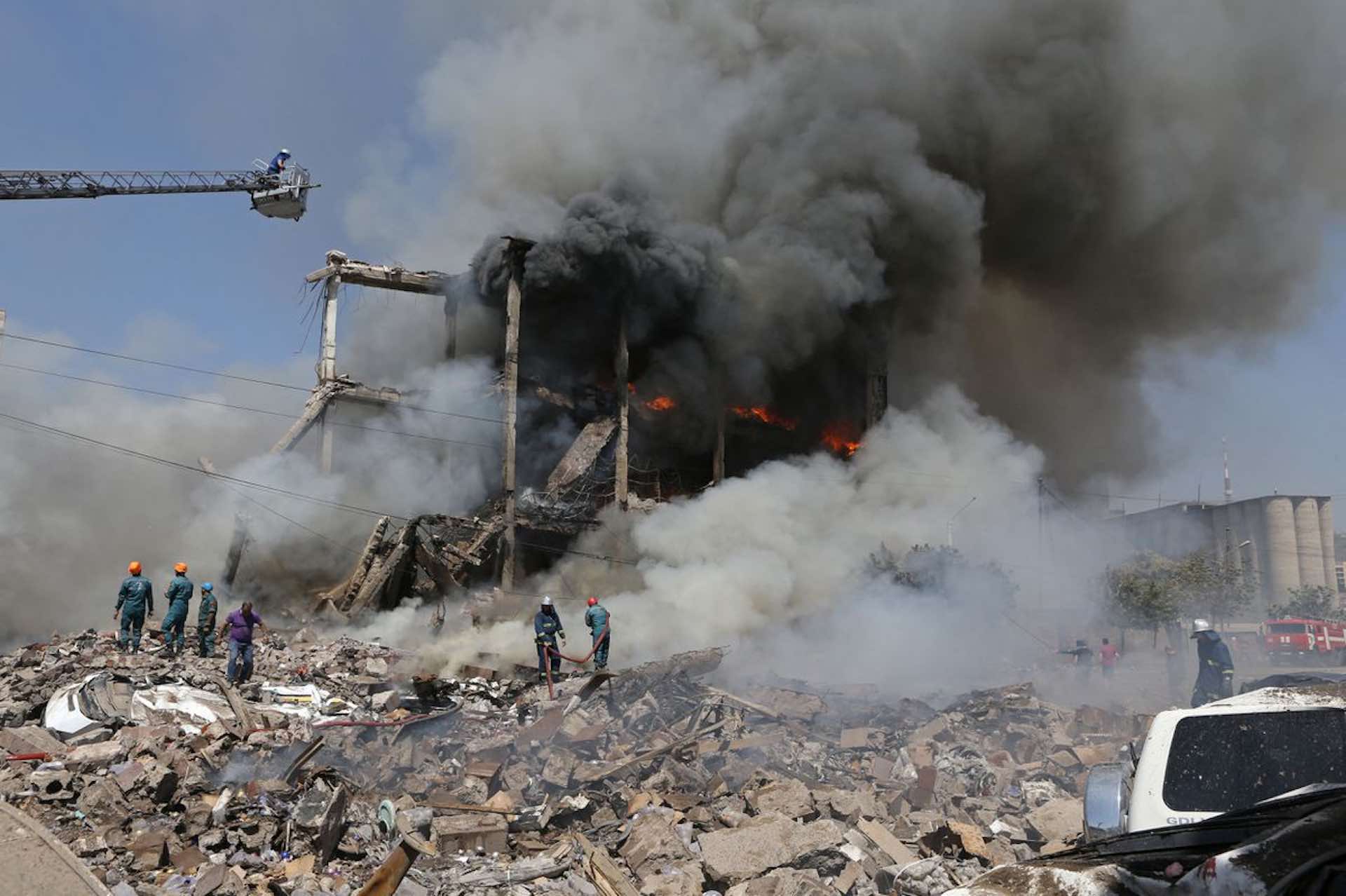 Overnight, search and rescue operations were carried out in the rubble and 10 survivors and one body were pulled from the rubble, according to the statement. In the aftermath of the explosion, a building collapsed and a fire broke out. Local news reports, citing witnesses, said the explosion occurred at a place where fireworks were stored, but the exact cause of the explosion has not yet been established.

There were photos and videos posted on social media showing a thick column of black smoke over the market and what sounded like detonations. Meanwhile, prosecutors have launched an investigation regarding violations of fire safety standards, breaches in stocking inflammable goods, and deaths caused by negligence.

Fire engines and earthmoving equipment were also dispatched to the scene along with 200 firefighters and medical personnel. A journalist from Agence France-Presse (AFP) who was on the scene earlier reported that rescue workers are using a digger to clear away rubble. A disaster of this magnitude has struck a country of just over 3 million people. This country is still recovering from a 2020 war with Azerbaijan that ended in a heavy defeat and sparked a political crisis in the country.

Chinese travelers arriving in Japan must submit a…