PM Modi arrives in Germany for G7 Summit, to stopover in the UAE on return

Prime Minister Narendra Modi, the leader of the Indian government, is currently in Germany at the G7 summit. The members of the Indian diaspora in Munich, Germany, warmly welcomed PM Modi. While he was being welcomed by members of the Indian community, he interacted with the children. He will also participate in discussions with G-7 partners and other international organizations about climate, energy, food security, health, and gender equality on the sidelines of the visit. In a tweet, the Prime Minister said he was looking forward to productive discussions with world leaders during the Summit. 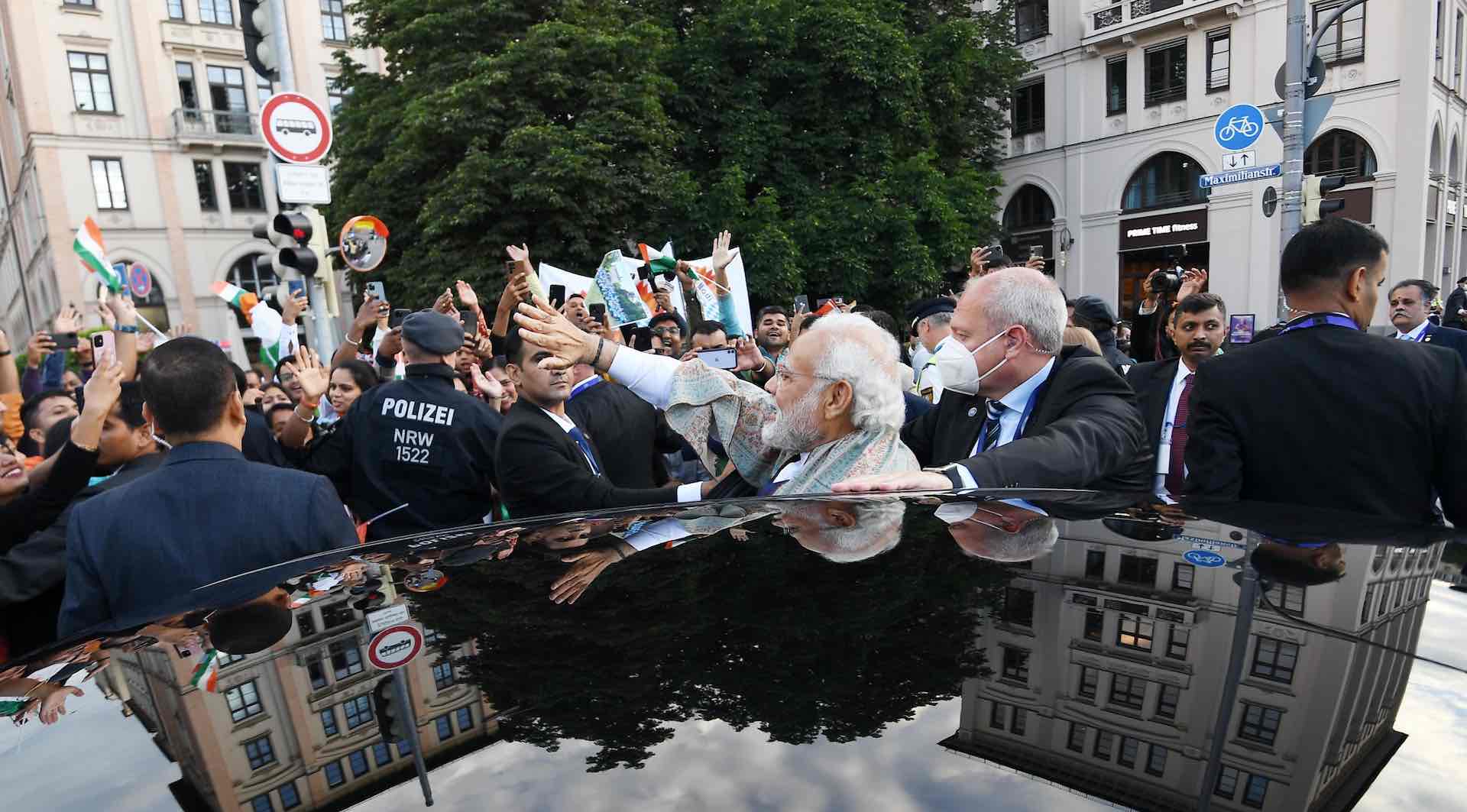 The German Chancellor invited him to Germany ahead of the G-7 Summit under the German presidency, he said in a statement ahead of the visit. After a successful India-Germany intergovernmental consultation, he expressed his pleasure to meet again with German Chancellor Olaf Scholz. Argentine, Indonesia, Senegal, and South Africa are also among the democracies invited by Germany to the G-7 Summit. The European Union will be represented by the President of the European Council, Charles Michel, and the President of the European Commission, Ursula von der Leyen.

During his visit to Germany, PM Modi announced that he had also been looking forward to meeting with the Indian expat community in Germany, who are contributing tremendously to their local economies and those of European countries as well as enriching relations between India and those countries.

Democracies from across the globe will gather at the G7 for discussions on relevant global issues. The G7 summit is an opportunity to send a powerful message of unity in these turbulent times, advocating for progress, prosperity, peace, and security. During the summit’s seven working sessions, a number of topics will be discussed. These include the global economy, partnerships for developing countries, foreign and security policy, sustainability, food security, multilateralism, and digital transformation.

Google is planning to lay off 12,000 employees

India signs a train deal worth 3 billion euros with Siemens

Microsoft in talks to invest $10 billion in…

Large round of layoffs is underway at Goldman…

Updated and exciting features to be showcased at…